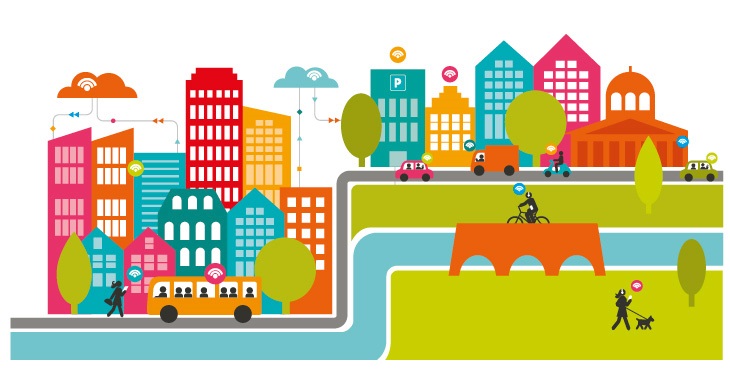 A community initiative in Amsterdam, led by an organisation called, The Things Network, crowdsourced a complete city-wide ‘Internet of Things’ (IoT) data network in six weeks using a new technology named LoraWAN. There’s every reason why a similar project should succeed in Brisbane.

IoT is a low bandwidth, long range alternative to WiFi and is the latest development in Internet technology. IoT allows everyday objects (e.g. tracking devices, detectors) to have network connectivity so that they can send and receive data.

The internet was created by people connecting their networks and allowing traffic to pass through their servers for free. As a result, there was abundant data communication and exponential innovation.  A LoraWAN network in Brisbane could achieve the same outcome for the Internet of Things by creating abundant data connectivity so applications and organisations can flourish.

How could we do it?

LoraWAN (Long Range Wide-area network) is a new data network technology that allows for connection to the internet without the use of 3G or WiFi. Such technology is perfect for the Internet of Things as the devices that connect to it have extremely long battery life (up to three years), and the stations are long range and low bandwidth. Imagine a network that can be used without cumbersome WiFi passwords, mobile subscriptions, and zero setup costs.

LoraWAN at a glance:

Since the network’s reach is widespread and the cost of the equipment is low, covering an entire city can be done with a small investment. The city of Amsterdam was covered with only 10 gateways at a cost of AUD$2,000 each.

Community involvement and owners through crowdsourcing

Since the costs are very low we do not have to rely on large telecommunication providers to build the network. Instead, we can crowdsource the network and make it public without any form of subscription. This project can be built by the users, for the users.

How an IoT network could be used in Brisbane

An IoT network provides the foundation from to build an entire ecosystem of interrelated devices and applications to transform the way residents, visitors, and businesses live, work and relax in Brisbane. The following are a number of examples that demonstrate how this network could be used.

A project like this provides a unique opportunity for Brisbane to lead the world in the adoption of LoraWAN technology. With minimal cost, over 10 kilometres of the city can be covered. Additionally, with extensive involvement from the community, local developers can leverage the network to build a whole ecosystem of new devices and applications. If your interested contributing or being updated about such a a project, let me know.